The Alba-Golden ISD Board of Trustees on May 13 unanimously accepted a $71,965 bid by Fisher Tracks of Mansfield, Texas, for resurfacing the track. The firm had rebuilt the current track from the base in 2012. The school fund balance will be used to pay for the track resurfacing.

The board also renewed four standing agreements by unanimous vote. The board extended BTH Bank of Quitman as the depository bank for the next year. A contract with Claims Administrator Services of Tyler in the amount of $23,563 was approved for workers compensation insurance. A student insurance service policy with the Brokerage Store of San Antonio in the amount of $17,623 was renewed. Finally, the board approved renewal of the Tyler Junior College dual-credit program.

Business Manager Brenda Kelley briefed the board on district property values, the compressed tax rate system, and the timing effects of these phenomena. Kelley reported preliminary property values have increased $13 million over last year. This will impact school funding as the compressed tax rate will have a negative $200,000 effect. The state may recompense the district in this amount. Kelley concluded by stating that pending legislation, final property values, and federal grants all must be received before a firm budget can be presented.

The board approved five personnel actions. Teacher and coach Dana Wade’s contract was rescinded and a new contract as a full-time teacher was approved. A teaching contract for Kim Howard, who will be joining the elementary school from Mineola, was approved. The board accepted resignations letters from Regina Cooper, Tashara Everett and Blake Hamrick.

During public comments, Deb Perry addressed the board. Perry voiced concerns that students are not being “validated for academics.” She expressed that athletes are validated, even celebrated, but students are not. Secondly, she urged the board to invest in technology that would allow the school to communicate directly with parents. “We need to bring our information technology into the 21st century,” she stated.

Two long-standing board members have relinquished their chairs. After 25 years of service, Brady Robinson will no longer be on the school board. James Wilkerson also vacated his chair after 18 years of service.

Also, the Alba-Golden school board recognized the 2019 high school valedictorian, Grace Bizzell, and salutatorian, Nathan Kumm. Additionally, elementary schooler Weston Stewart received a plaque from board President Mike Ragsdale for his selection as elementary student of the month.

Bizzell will graduate with an associate’s degree from Tyler Junior College after having amassed 63 credit hours in dual-credit classes. In brief written remarks, she credited Alba-Golden school for preparing her for college, and having taught her both humility and a strong work ethic. An academic all-American athlete, Bizzell intends to study nursing at Texas A&M University.

High school principal Mike Mize lauded Kumm for his four years on the “A” honor roll, and described his talents in writing, poetry, theater and science. Kumm declared biology as his favorite subject, and expects to commence his collegiate studies at the University of North Texas. He plans to transition to Baylor University and study Biochemistry. 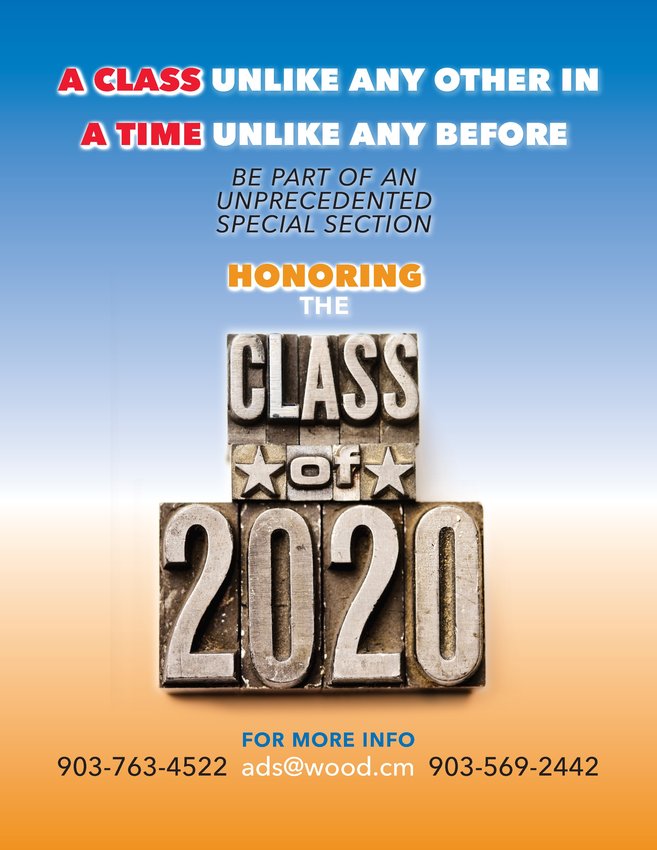 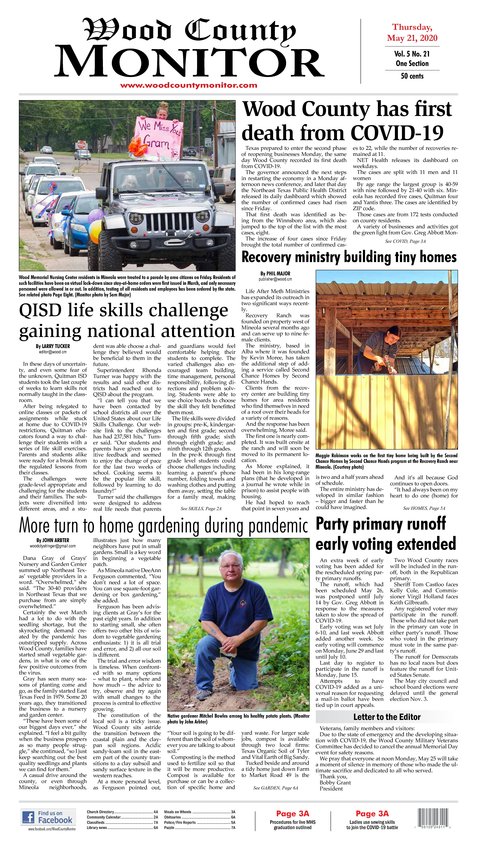