New alignments were announced Monday by the University Interscholastic League and take effect in the fall.

Alba-Golden drops to Class 2A Division 1 where they will be in Region 2 District 6 and will face off against Rivercrest, Celeste, Como-Pickton, Cooper, Honey Grove and Wolfe City. The Panthers will have six district contests and four non-district matches.

Basketball has changed for the first time in many years with Quitman and Mineola moving to Region 2 Class 3A District 13 where they will play Harmony, Mount Pleasant Chapel Hill, Mount Vernon, Winnsboro and Winona. Volleyball for Quitman and Mineola will also be District 13 where the district is the same as basketball with the exception of Winnsboro, which does not have volleyball.

In Class 1A basketball Yantis moves to District 24 and gets to travel to Avery, Avinger, Bloomburg, Union Hill, Saltillo and Sulphur Bluff.

Jackets pull away from Atlanta in second half 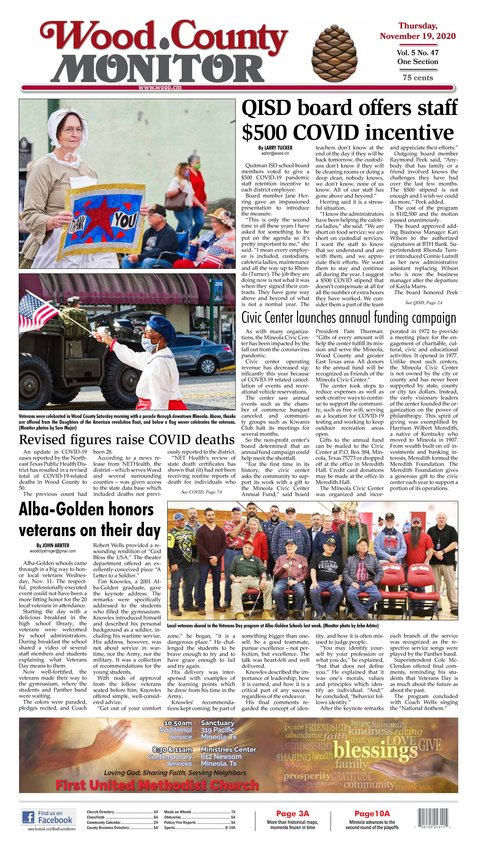